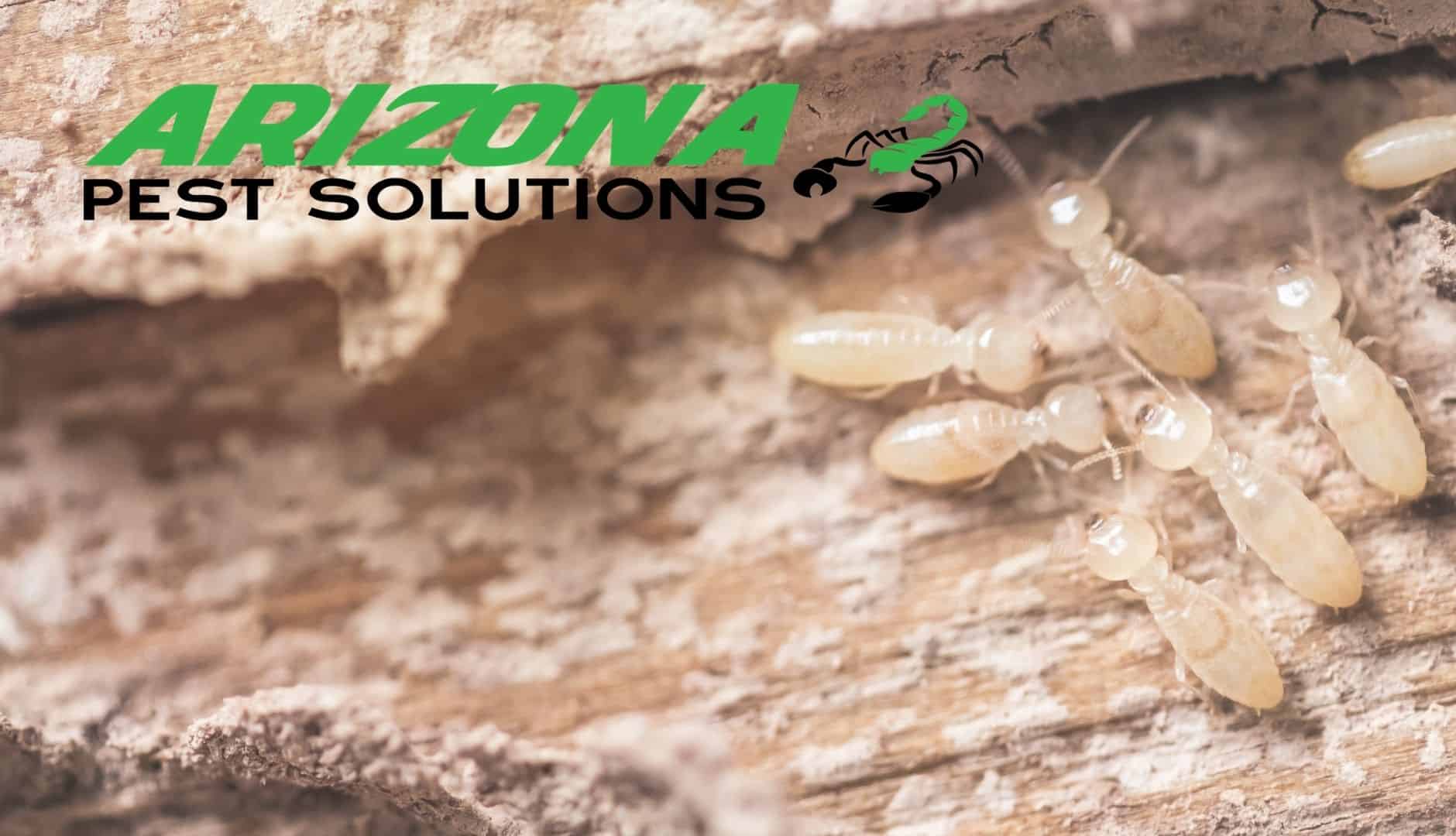 4 Types of Termites in Arizona and How You Can Identify Them!

Did you know there are four types of termites in Arizona? Like bees, termites are social insects, with primary functions assumed by different groups in the termite colonies. This is true of all Arizona termite species.

Workers are responsible for feeding and maintaining the colony, while the soldier termite defends it. You find swarmers in the reproductive caste, and that includes the queen. Their job is expanding the colony as well as creating new colonies. The queen’s job is to regularly produce hundreds of eggs or even thousands, ensuring the colony’s population continues.  Winged termites are flying male and female alates that emerge from existing colonies to mate and form new nests elsewhere.

Do termites bite people? termites very rarely bite humans. Though termite bites are not that harmful because they rarely attack people and feed on human blood. Termite feed on wood that would usually lead to faster-rotting wood, thus making big damage to the property.

Keep reading to learn about the different types of four termite species commonly found in Arizona and how to recognize them, including their favorite foods and the signs like termite droppings that indicate an infestation.

If you suspect a termite problem don’t hesitate to use our termite pest control service, act immediately.

The four types of Termites in Arizona are as follows.

Desert subterranean termites thrive in extreme, dry heat, so it’s no surprise they’re found in Arizona, particularly the southern parts of the state. You may find them living in desert plants, such as cactus, but they’re also attracted to the soft, porous rings in timber (called springwood), so they cause significant damage to utility poles and the structural timbers found in buildings. When they eat, the damage left behind resembles honeycombs.

Including their wings, swarmers grow to be about 3/8″ long. Their coloring is pale, between cream and light amber, and their wings have prominent veins surrounded by a nearly colorless wing membrane. The head’s fontanelle is indistinct and may not even be present.

The soldier termites have a rectangular body that is about twice as long as it is wide, flat, and nearly as broad as their heads. Jaws are long, pointed, and powerful, with slender, slightly curved mandibles. They are smaller than swarmers.

Desert subterranean termites don’t require the dampness that most other termite species need. They love dry wood. The presence of drop tubes from ceiling rafters, sheetrock, or plasterboard indicates an infestation, as do honeycombed timber and small holes in sheetrock.

The photo to the right demonstrates a termite drop tube.

Arid subterranean termites are the most commonly found termite species in Arizona, mainly because they thrive in multiple environments. You find them in deserts but also canyons, rivers, sand dunes, and high altitudes (above 4,000 feet). Swarming season varies according the altitude but generally occurs sometime between May and October.

This species resembles most subterranean termites, with the same three main castes. Adults are around 1/2″ long when they still have their wings and around 3/8″ long after losing them. Coloring ranges from dark brown to black, and wings are practically translucent except for the veins.

Soldiers have longer mandibles than members of the other castes, which they use to fight off threats. The workers are lighter in color and resemble ants; these are the members responsible for foraging the cellulose material that makes up their diet.

These termites spend most of their time hunting wood, their primary food source, although they also eat cellulose material, including desert trees and cactus ribs. Of course, they also attack homes and other buildings in their quest for food and water, eating a wide variety of materials, including insulation, paper, stucco, pool liners, and natural fiber carpeting.

As the name implies, western drywood termites love drywood, even though you typically find them in coastal areas. They work slowly but cause incredible damage because they form multiple colonies in a single structure, with each colony housing around 2,000 termites.

Including its wings, the swarmer reaches around 1/2″ in length. The wings are around 3/8″ long, with dark veins in the front wing. Their abdomen is dark brown while the head is more of an orangey-brown. The head has a gradual slope and whitish eyes. The soldiers’ mandibles have an uneven number of teeth and they have large, club-like antennae.

Western drywood termites create chambers by eating across the wood grain, with tunnels connecting them. Walls within the galleries and tunnels are smooth and free of soil but typically contain fecal pellets. These are distinctive in appearance – six-sided, elongated ovals measuring around 1/32″ in length. In addition, infestation signs include the swarmers themselves and their shed wings. You may also see “blisters” on the wood surface, which are caused by enlarged galleries close to the surface.

Unfortunately, it is easy to take an infestation with you when you move, by transporting infested furniture and other wooden items.

Arizona is not home to many dampwood species simply because it isn’t very damp here and their diet relies on wood with a high moisture content. You do, however, find the desert dampwood termite here, which is a subterranean species that loves citrus groves. In addition, it eats other living trees and shrubs, infesting the wood from below ground. This species takes its moisture from the sap of these living plants.

Compared to other termite species commonly found in Arizona, the desert dampwood is quite long – up to 20 mm for soldiers, with swarmers growing to 25 mm when you include their wings. Their heads are large, with powerful pincers. Instead of worker termites, this species’ immature termites do the work of feeding and maintaining the colony.

Infestation occurs at or below ground level, typically of living trees but also untreated poles, a wooden fence, and posts that are in direct contact with the soil.

If you suspect that your home has Arizona termites and If you’re ready to schedule an inspection, contact Arizona Pest Solutions today. Our termite experts conduct a thorough inspection of your property. If they find evidence of a termite infestation, they explain treatment options and provide a free estimate. Ask if our Termite control services include a full termite warranty.

Why Do You Need Professionals to Kill Termites 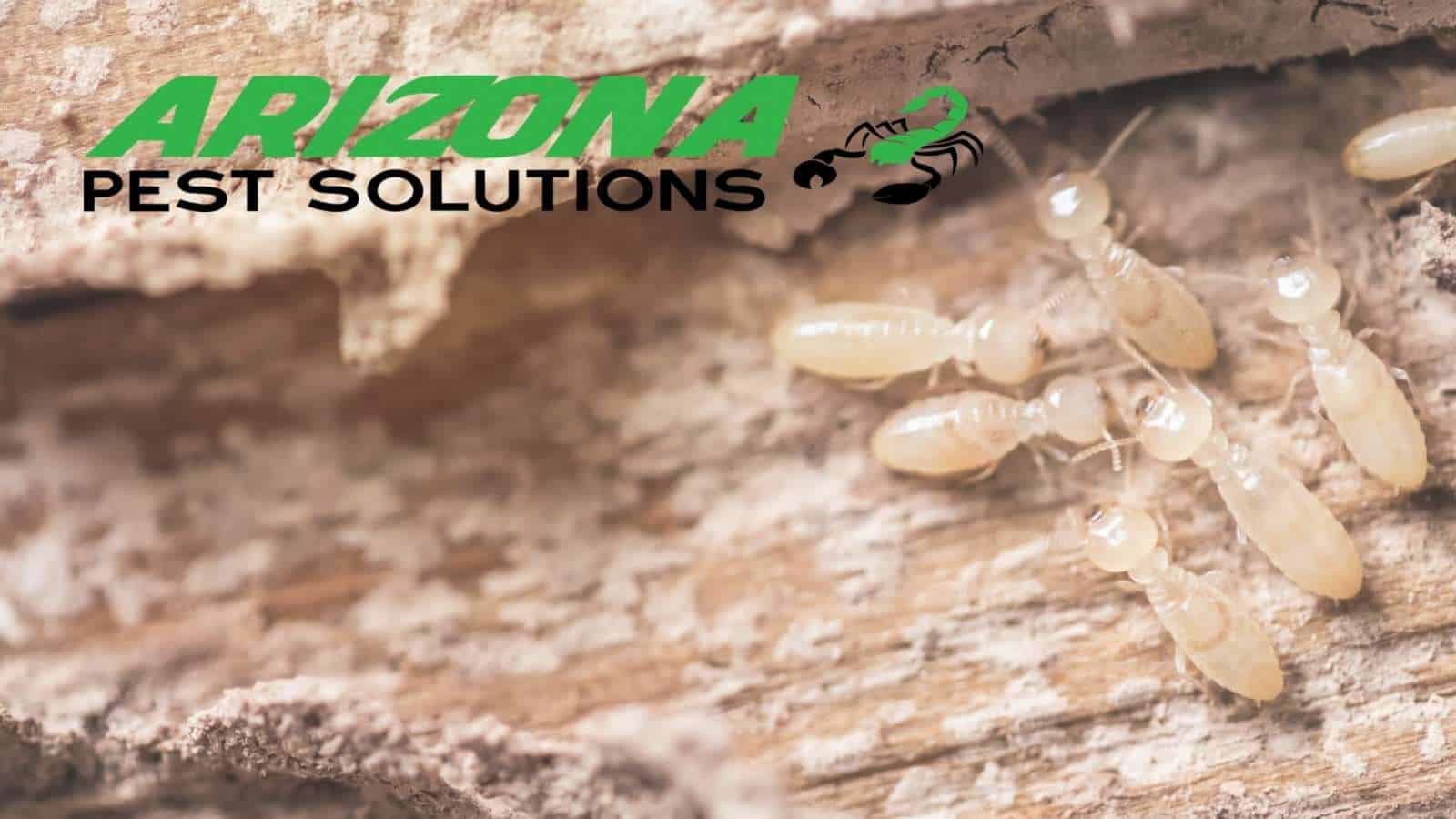 What is a Termite Warranty?